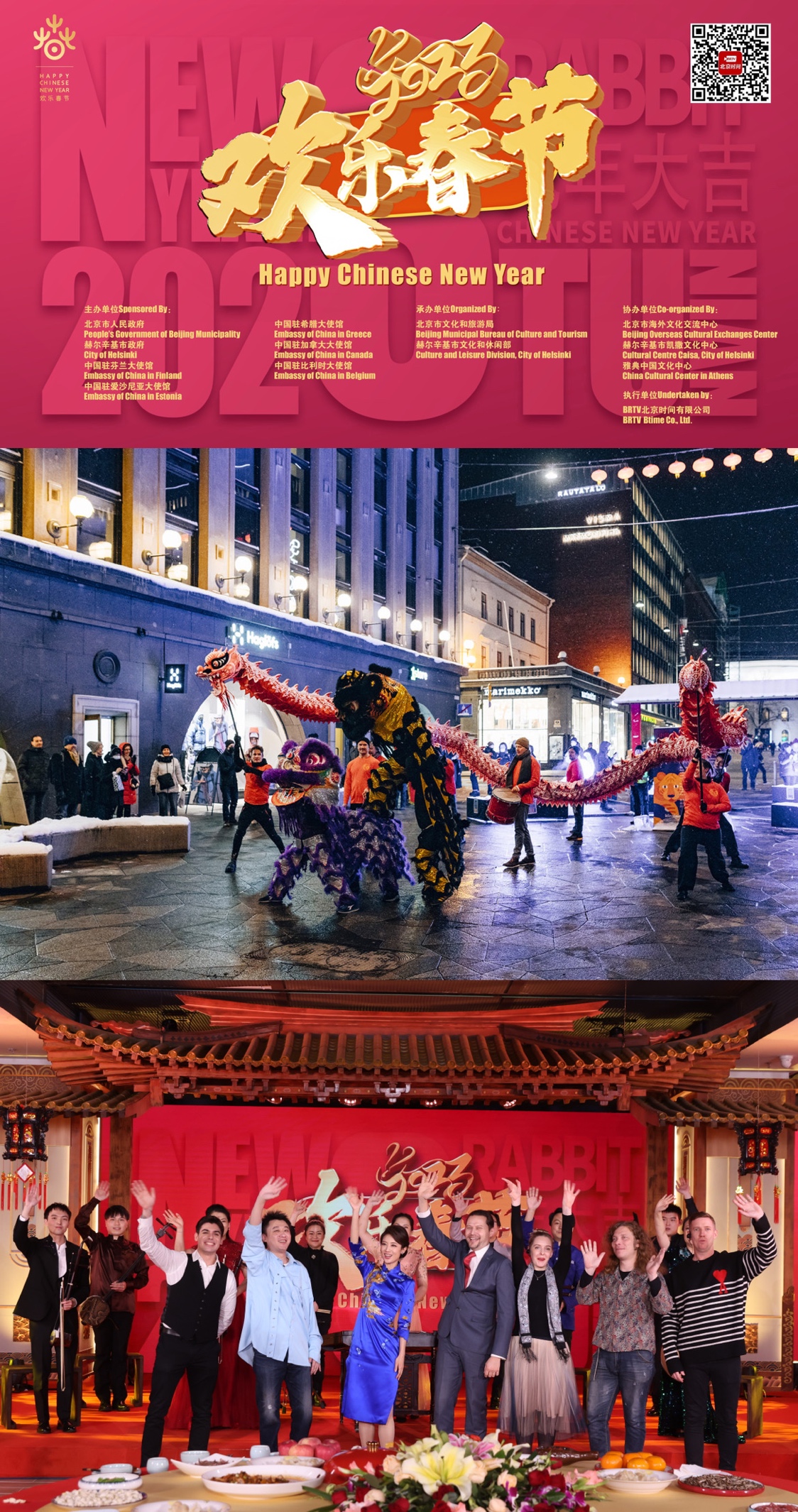 2023 marks the 17th consecutive year of Beijing "Happy Chinese New Year" in Finland, the 14th consecutive year in Estonia, the 7th in Greece and the 3rd in Canada and Belgium. "Happy Chinese New Year" has established itself among the influential large-scale celebrations in the capitals of Finland, Estonia and Greece, and has won great popularity and wide acclaim among audiences in Belgium and Canada. In these places, it has become a localized signature event driven by market forces.

The 2023 Overseas “Happy Chinese New Year” Online Gala will invite friends from Finland, Estonia, Greece, Belgium and Canada, who are currently living in Beijing, for full participation in the whole process of the event. They will experience Chinese culture, and Beijing's fashionable lifestyle, as they tour the city to celebrate the Chinese New Year. Fascinating shows such as cultural performances, intangible cultural heritage and folk customs, and tourism promotion will also be live-streamed, as the international friends "tour Beijing".

During the Spring Festival of the Guimao Year of the Rabbit, the online gala will kick off on TV stations, online media and social media in Finland, Estonia, Greece, Belgium and Canada, and will be launched simultaneously on Chinese and foreign platforms such as BRTV and Visit Beijing.

"Touring Beijing" for an immersive experience of the Chinese New Year

Four premium cultural performances will also be aired live, in a variety of art forms such as music, dance, and martial arts. Keeping the traditions of "Happy Chinese New Year" alive, this year's cultural program will feature even more diverse programs with a greater focus on aesthetic experience. The selected performances focus on presenting both Chinese excellent traditional culture and the contemporary art and spirit of Beijing.

Leave the door open! In 2023, Beijing invites international friends to come around

The event invites Chinese and foreign friends to Beijing Overseas Cultural Exchanges Center for a happy gathering. With even more immersive experiences for the audience, and popular video contents, the event this year will tell China’s story from an international perspective, and showcase the charms Beijing as an ancient capital with unique traditions and customs, as well as a culture of innovation, thus giving life to the concept of "joy, harmony, sharing and blessings" of the "Happy Chinese New Year".

"Happy Chinese New Year—China-Hellas Young Musicians Concert" was held in the Concert Hall of Athens Conservatory of Music on January 14th, with more than 600 audiences present. Fifteen artists from China and Greece performed on the same stage. Aside from classical Western musical instruments such as piano and violin, the concert also featured traditional national musical instruments of the two countries such as guzheng, yangqin, erhu and lyre, as well as many collaborative music pieces. The cooperation with Athens National Orchestra and Athens Conservatory of Music has added artistic appeal to the concert, making it a particularly enjoyable one with splendid performances and warm atmosphere throughout.

In his speech, Chinese ambassador to Greece Xiao Junzheng commended the event for its effort to promote people-to-people exchanges through music, as it showcases the beauty of harmony between the two ancient civilizations and the achievements of mutual learning between them. He expressed hope for building even more exchange and cooperation platforms, starting with this concert, between music groups and young music lovers of the two countries, so that they may cement friendship, enhance understanding and engage in long-term cooperation. Nikos Athenaios, artistic director of Athens Conservatory of Music, said that the concert showed the unique characteristics of Eastern and Western music cultures, and hoped that China-Hellas Young Musicians Concert would continue to be held.

In Finland’s capital Helsinki, a Chinese New Year parade will also be organized in the central commercial street on New Year's Eve (January 21, 2023). Composed of local artists, the performing team will present dragon and lion dances and fireworks displays. Various Spring Festival activities will take place in a number of cultural centers, such as ice sculpture exhibition, ink painting experience, paper-folding workshop and film screening. Mikko Puustinen, chairman of Finland-China Society, expressed his expectations and good wishes for this event: "The Year of the Rabbit brings new hope. The Chinese people and the people of the world share the same aspirations. Let’s welcome the new year with optimism and ardent expectations."

Photo exhibition of emerging culture & tourism destinations of Beijing, inbound tourism promotion project and exhibition of Chinese zodiac cultural and creative products also made a tour to Athens and Tallinn, the capitals of Greece and Estonia respectively.

In addition, the event has created more than 1,000 Spring Festival cultural and creative gifts such as hand warmers, mobile phone stands and luggage tags specially for Finland and Greece. The "Beijing New Discovery" brochure, which promotes the emerging culture & tourism destinations of Beijing, will be distributed to local citizens during the offline activities. 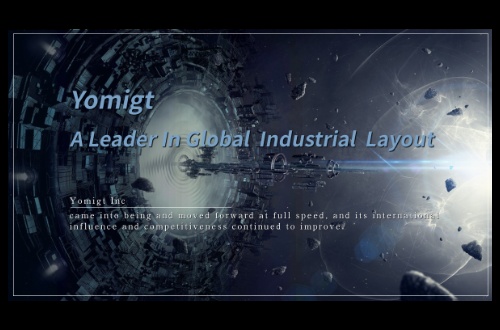 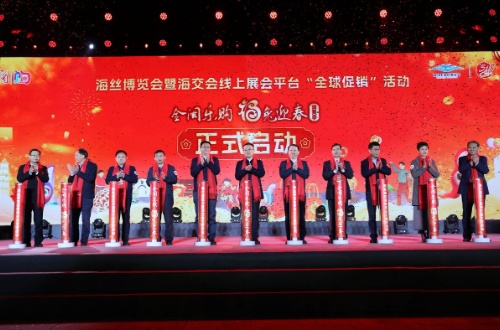